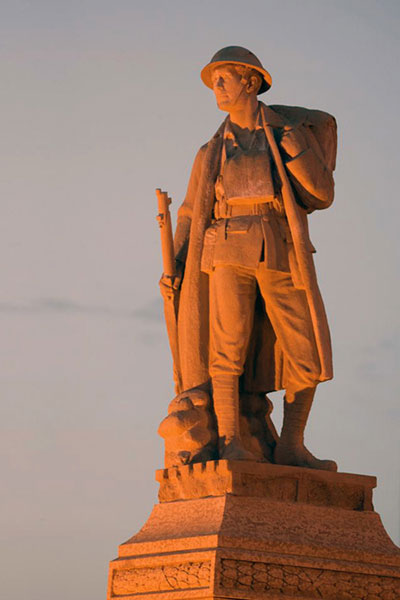 The Cenotaph was erected in memory of the men and women of Central Alberta who served during the First World War. Commissioned in 1921 after funds were raised through donations, the cenotaph was formally unveiled on September 15, 1922 by Lord Byng of Vimy, the Governor General of Canada. The cenotaph was to face west toward home and peace. It was re-dedicated in 1949 to honour those who lost their lives in World War ll, the Korean War, and other wars. Names of local soldiers during World War ll were added to scrolls inside the monument. 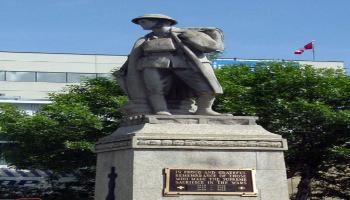