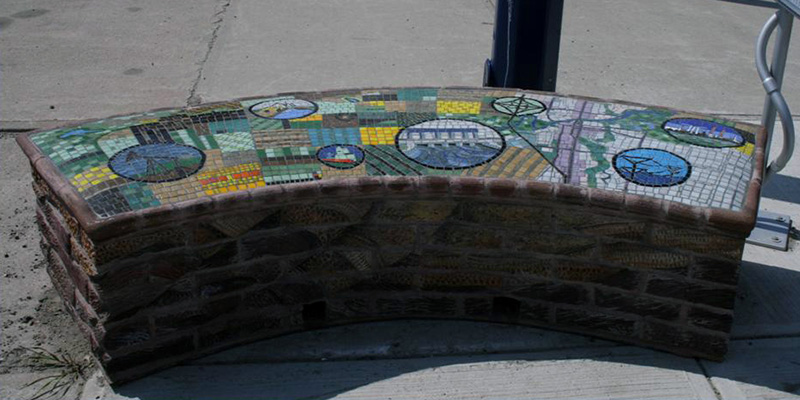 This work of art commemorates 100 years of service in building this city and province by the members of the Association of Professional Engineers, Geologists and Geophysicists of Alberta. In 2003, the Central Alberta Branch began investigating a Centennial project that would leave a legacy in Red Deer.

The task force quickly decided that they wanted the APEGGA legacy to reside on Alexander Way. APEGGA had a vision for the theme they wanted to portray with the bench, and commissioned Dawn Detarando and Brian McArthur of Voyager Art and Tile to create the beautiful bench that is now installed on Alexander Way.

The APEGGA bench, made from brick, is carved to represent layers of soil. Though functional, the APEGGA bench is truly a piece of art in its own right.

The Central Alberta Branch of APEGGA represents approximately 850 professionals and members in training in the professions of Engineering, Geology and Geophysics. 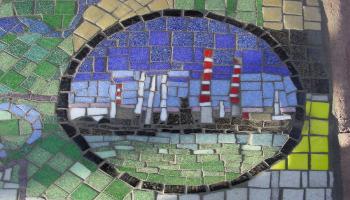 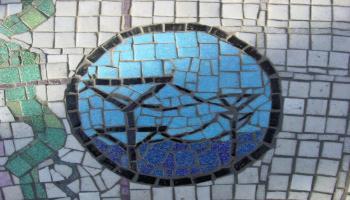 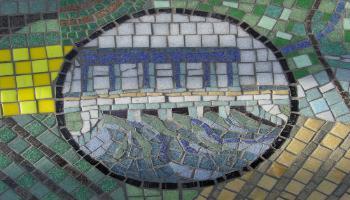 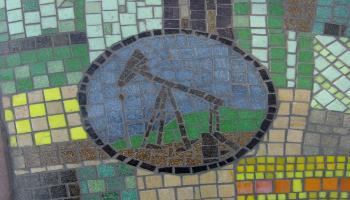 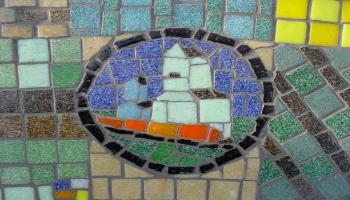 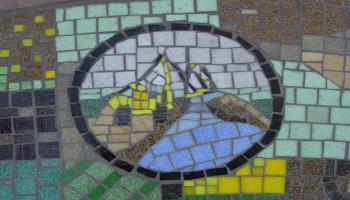