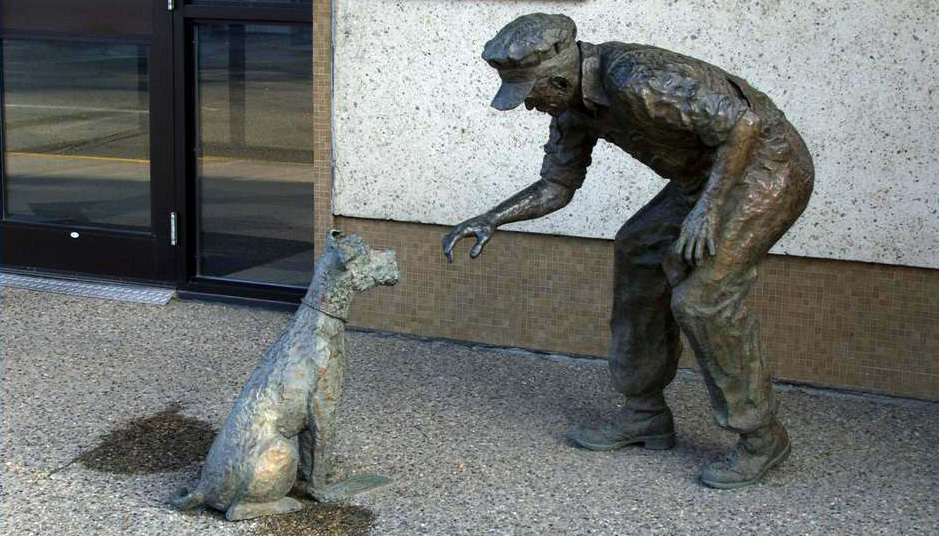 In front of the Parkland Square building, you’ll discover a rail worker confronting a little dog who is standing on the man’s money. This sculpture tells the story of how many workers in Canada wanted more control over their money. As a result, the Credit Union concept of banking became popular in Alberta in the late 30s and early 40s. The credit union was run not for profit, but to serve its members. No more stepping on the money of the people!