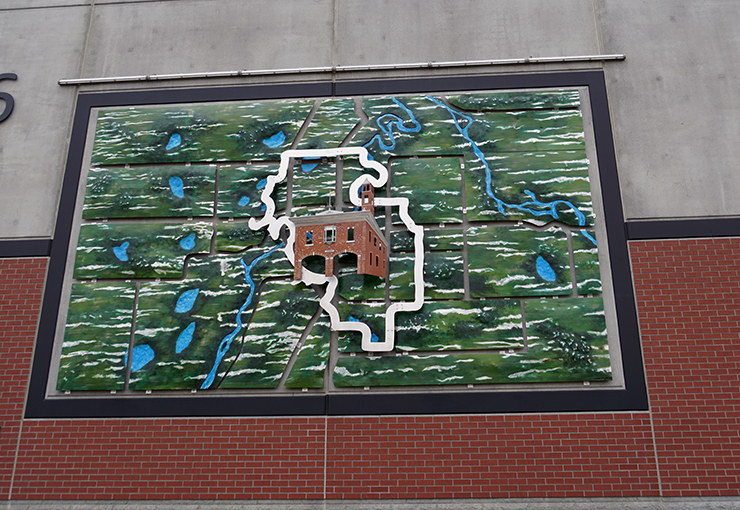 Historical Red Deer was comprised of a patchwork of homesteads that over time formed the present-day City. "Patchwork" commemorates the first fire hall from 1906 that was built to protect residents from the potentially crippling loss of a fire. The artwork illustrates an outline of the City's perimeter reflecting the community's growth over a century, with the Red Deer River as a central landmark. "Patchwork" celebrates the new fire hall as a welcome addition in the continual effort to safeguard the community while recalling a tradition of civic spirit that began many years ago. 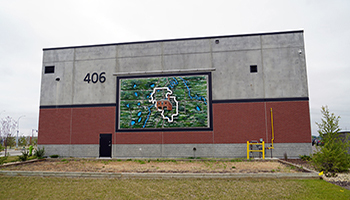 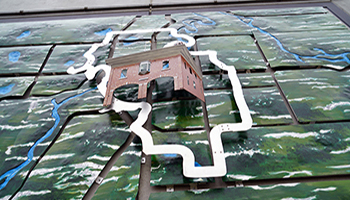 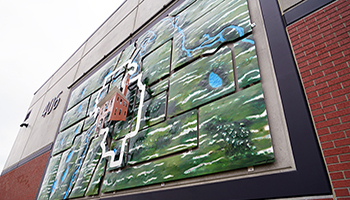