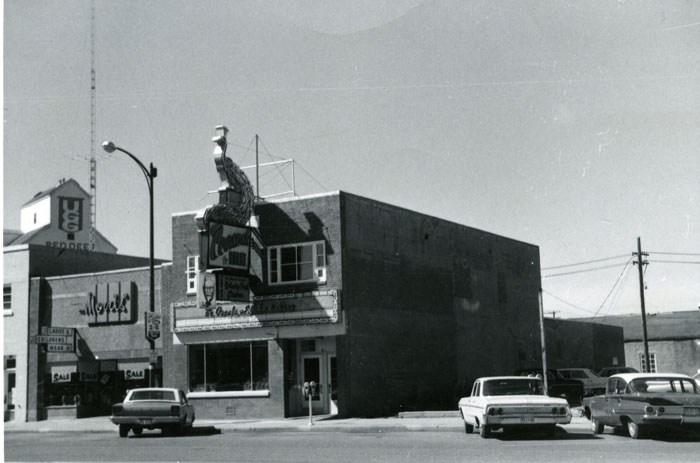 
The Wadson Block is a two-storey brick clad commercial building with a flat roof and offset recessed front entrance.

In 1947, local businessman John Wadson contracted Red Deer Construction to build the Wadson Block. Wadson then leased the building to John and Mary Konopaki who operated the Peacock Inn there from May 1948 to 1970.

The simple and unadorned modern design of the Wadson Block exemplifies modernist ideas of form following function. In contrast, the bright neon peacock sign that the Konopaki’s installed on the side of the building was fancy and showy. It acted as a beacon for the Peacock Inn, and became a well-known symbol in the community.

John and Mary Konopaki made a significant contribution to the commercial development of Red Deer as accomplished members of the business community. They were also the first owners of a KFC franchise in Red Deer in 1961.

The Wadson Block was recognized as significant in contributing to the downtown Red Deer streetscape, and received exterior rehabilitation upgrades as part of Red Deer’s Alberta Main Street Project. 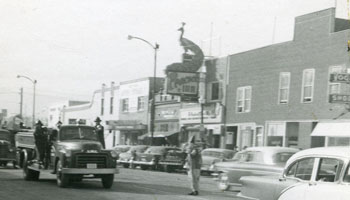 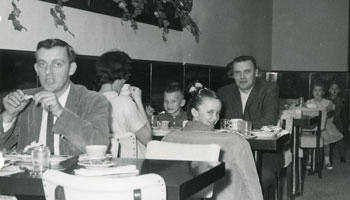 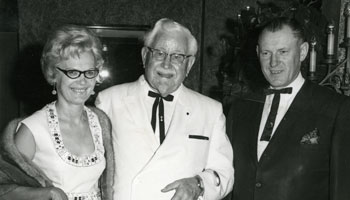