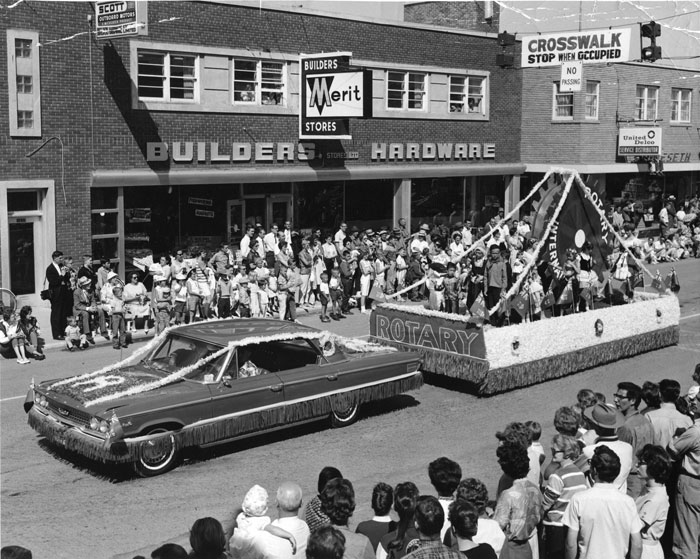 
Builder’s Hardware is one of several two-storey brick buildings on Gaetz Avenue, a prominent commercial street in downtown Red Deer.

Red Deer grew substantially after the Second World War. The combined effect of servicemen returning home and Red Deer’s dramatic industrial growth resulted in an increased demand for services. Successful businesses were anxious to project a new and modern image, and in 1949, Builders’ Hardware, a subsidiary of the Revelstoke Lumber Company, replaced their original building with this state of the art hardware store at a cost of $50,000. The new building’s vitrolite front, modern light fixtures, interior spotlights, and coloured lights for display windows attracted lots of attention. The Red Deer Advocate described it as having “some of the most up-to-date features in the country, including dream windows that bring the stock to the sidewalk patrons”.

Builders’ Hardware occupied the building until 1964, when it was renamed Builders’ Merit Store, and then simply the Merit Store. The building remained a hardware store until 1984 and has been occupied by Prairie Office Products since 1987.

Builders’ Hardware was recognized as contributing to the downtown Red Deer streetscape, and in 2004, the original exterior façade was restored as part of the Red Deer Alberta Main Street project. In 2005, the building won an Alberta Main Street Excellence in Signage Award. 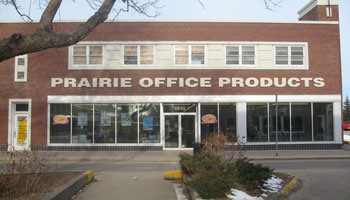