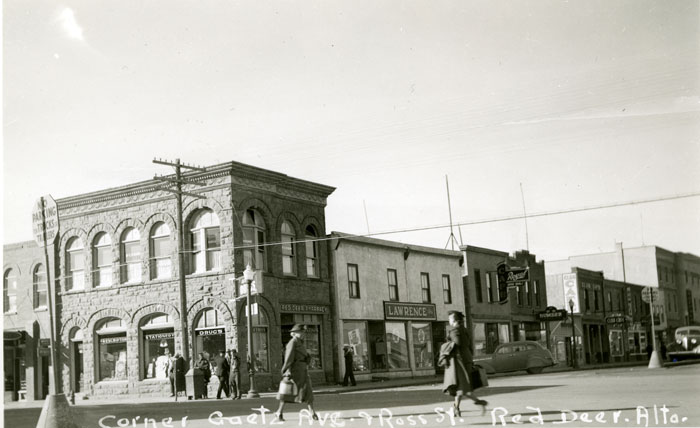 
George Wellington Greene arrived in Red Deer in 1891 and established the first law practice in the community. In 1901 Greene purchased the Stevenson Hall General Store, moved the wooden store building to the rear of the site and had the new Greene Block built at the front of the lot. (The original Stevenson Hall building is now in Heritage Square.) When the new building opened, Greene’s law office was on the first floor, and the Merchant’s Bank occupied the ground floor.

Greene was very involved in the community and helped to found the Red Deer Board of Trade. He acted as Director of the Alberta Central Railway and the Great West Lumber Company, and was a board member of the Red Deer Public School District and the Red Deer Memorial Hospital. In 1901, Greene was appointed solicitor for the Town of Red Deer. He held this position until 1915 when he left Red Deer to take up his new appointment as a judge in Medicine Hat.

The Greene Block has housed a number of businesses over the years including the Canadian Bank of Commerce, Mitchell Jewelry, Red Deer Pharmacy, Holmes Drugs and the Good Food Company.

In 2011, the owners of Artistry in Gold and the Greene Block received a Red Deer Heritage Recognition Award for their work in restoring the building. Auspicious in both design and location, the Greene Block has been a well-known feature in downtown Red Deer since its construction over one hundred years ago. 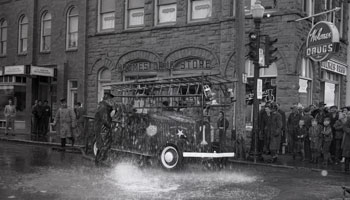