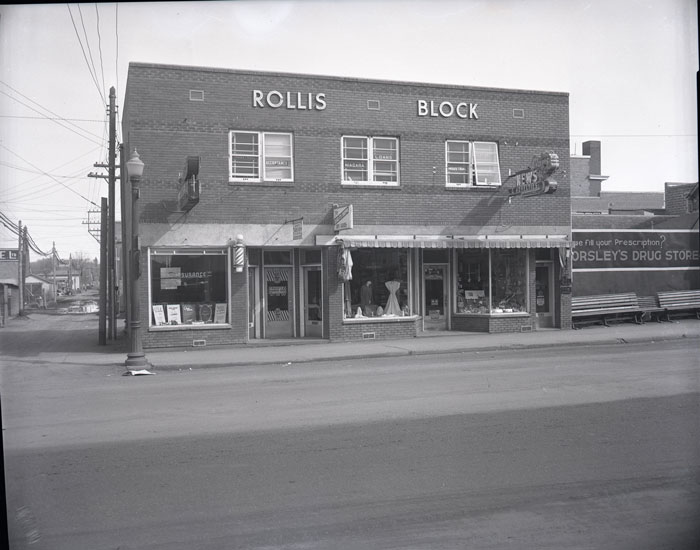 
The Rollis Block is a brick building with a flat roof, multiple recessed front entrances and three brick string courses on the second storey.

In 1949, in the midst of Red Deer’s post-war economic boom, Rufus Joseph Rollis began to build this two-storey brick building to house his real estate and insurance business. The south half of the building was constructed first so that Mr. Rollis could carry on his business in the former wooden North West Mounted Police horse stables that had occupied the north end of the lot since 1893.  He then moved into the new building, demolished the wooden structure and constructed the northern portion of the Rollis Block. The brick seam between the north and south portions of the 1949 building is still visible.

Initially the second floor was occupied by the Industrial Acceptance Company, and a jewelry store and appliance store shared the main floor with Rollis Agencies.  Ron Gauthier operated his barber shop in the basement.

Over the years, various businesses have occupied the building including a steakhouse and a beauty school occupied the second floor, and a newsstand and restaurant on the main floor. 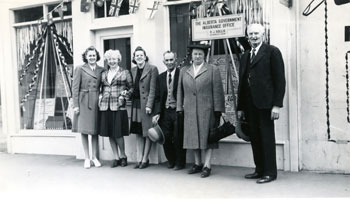